Narrowing down the ideas

Making / Learning / Work was an adult learning innovation project hosted at the MIT Media Lab from September 2014 to May 2016. This site is an archive of the project documentation.

That’s the math that we (the Learning Over Education team) have been doing over the past few weeks.

In all seriousness, we’ve been working on taking the 15 initial ideas created at the IdeaShop and whittling them down to five solid ideas. Of these five ideas, we plan to prototype two or three.

So how did we go about deciding which ideas made the cut? We used a mix of common sense, idealism, and combined them the Media Lab’s own criteria for success: uniqueness, impact, and magic. When we ran the IdeaShop, we asked participants to think of the craziest ideas that might be technologically possible in the next ten years. Now we needed to bring them down to what’s possible to prototype during the next two years. How did we do that?

We started with the three core measures of success that the MIT Media Lab applies to all of its projects:

We then added a number of questions that focus on feasibility:

We recognize that there are no measurable answers to these questions. So, we went with a YES-MAYBE-NO model, and came up with this colorful matrix. [Click here for larger copy]: 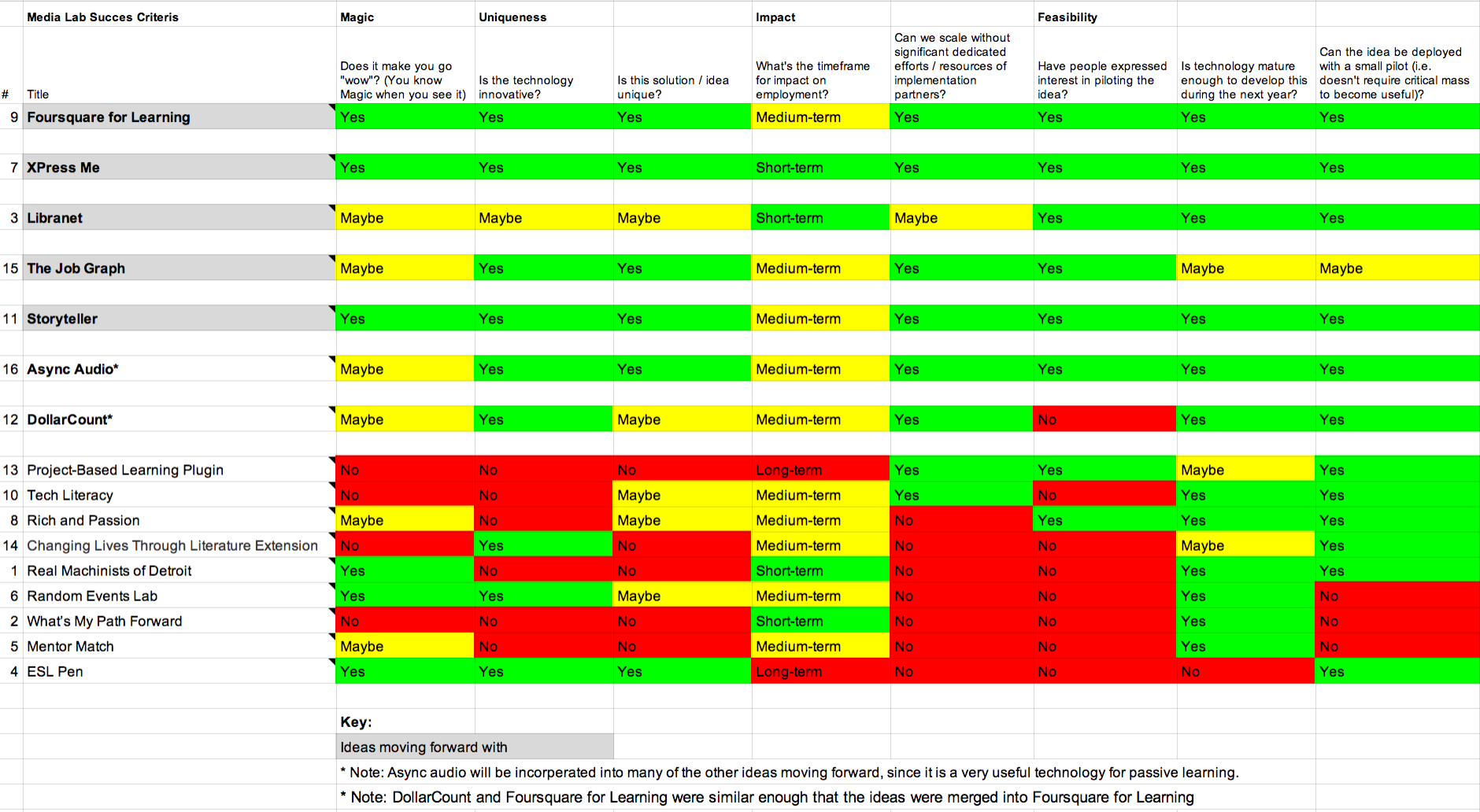 What surfaced were seven solid ideas. Seven? But we wanted five… Looking back through the seven descriptions, we realized that DollarCount and Asynchronous Audio didn’t really make sense as stand-alone projects, but could easily be integrated or combined with some of the other projects.

This brings us to 5… drumroll please…

Please check them out and if you have any questions on our process, ideas, or project in general, feel free to reach out to me at juliana@media.mit.edu.

Questions, comments? We want to hear them.